In the first Sodexo Merchant Spotlight, we feature some of the most well-loved Philippine-homegrown brands in our merchant network.

One way to help the Philippine economy bounce back is by supporting local. When we help keep their businesses thriving, we help them fulfill their mission to provide jobs for our fellow citizens.

Whatever time it is of the year, we should always support brands who pay tribute to our heritage. Here are Sodexo partner merchants that make us proud to be Filipino.

Established by couple Coring and Jose Ramos, National Book Store opened their first branch in Escolta, Manila in 1940s as a general merchandise store. The success of their small store was abruptly taken away when it was burned down during the Japanese occupation. In 1950, the couple rebuilt their business after the war and started selling books, school supplies, and postcards that showcase Philippine views and artworks. Today, National Book Store has become one of the biggest bookstore chains in the country and the couple has been recognized for their outstanding entrepreneurial success.

Kultura’s mission is to support and help native small businesses grow by promoting our heritage and also protecting the environment. From handmade souvenirs, eco-friendly clothing, to local artisanal chocolates, Kultura showcases excellent artistry and craftsmanship in the Philippines through their products.

A classic rags-to-riches tale, Jollibee started as an ice cream parlor in 1975 before it achieved its impressive status as an iconic Filipino favorite today. The popular bee character that represents the brand defines the hard-working attitude of Filipinos, while the honey that these bees produce symbolizes the sweet life we aspire to have. Forty-three years later, Jollibee proudly waves the Philippine flag for the world to see as they continue to expand internationally.

From being a small business selling men’s t-shirts in 1987, BENCH/ grew and became a retail giant with their groundbreaking marketing through the years. Today, the business has expanded and is now selling fast fashion clothing, fragrances, and beauty products.

Cabalen started as a cook-to-order eatery, serving Kapampangan cuisine, in 1986. A few years later, its founder Maritel Nievera turned it into an eat-all-you-can buffet restaurant to elevate the dining experience of Filipino families. With a total of 70 outlets nationwide and two branches in California, USA, Cabalen continues to serve authentic Filipino and Asian cuisines and bring the best of Filipino heritage cuisine internationally.

After World War II, when American soldiers were looking for the best-tasting fried chicken, a teacher named Maximo Gimenez founded Max’s Restaurant. His niece, Ruby, created a special chicken recipe that became an instant favorite by Filipinos and Americans. Since 1945 until today, Max’s became a household name for Filipinos and has been known as ‘The House That Fried Chicken Built.’ They now have over 170 restaurants in the Philippines, America, and Middle East—each branch proudly carrying the Filipino tradition of sharing meals with family and friends.

Visit merchants.sodexo.ph to locate a Sodexo merchant near you or sign up in our Digital Rewards page if you want your recipients to receive digital GCs they can use at these merchants. Stay tuned for more Sodexo Merchant Spotlight content!

The no. 1 gift certificate in the country with the widest merchant network of over 12,000 merchants 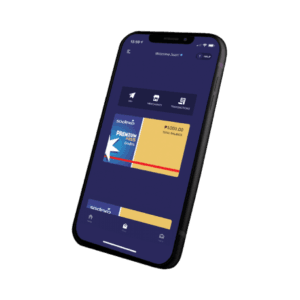 The no. 1 gift certificate in the country with the widest merchant network of over 12,000 merchants